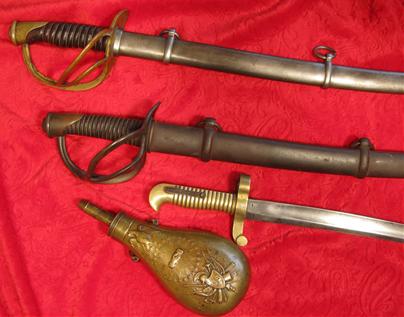 (Middle) This sword is featured in the color photo section of The American Eagle-Pommel Sword  book by E. Andrew Mowbray.  It is a presentation sword dated 1823. 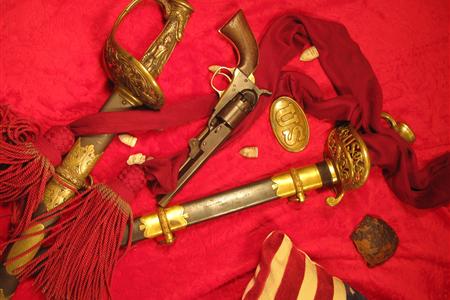 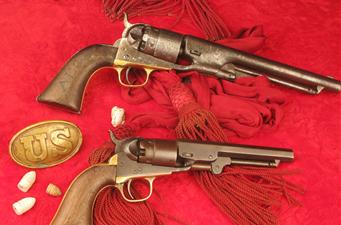 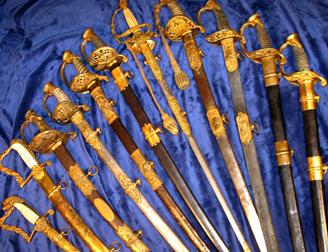 This is a great example of a model 1849 pocket colt.  All numbers match down to the spindle, Most of the cylinder scene is present, and the weapon is mechanically excellent.  The seril #146375 according to R. L. Wilson, is 1858.  This pocket colt would certainly have some stories for telling beside the fire.

(Below) Ames Dated and Inspected "Peace Flask."  This is an early dated 1838 flask.  The flask has the inspector initials  "W.S. (William Smith) located near the eagle head on the neck. 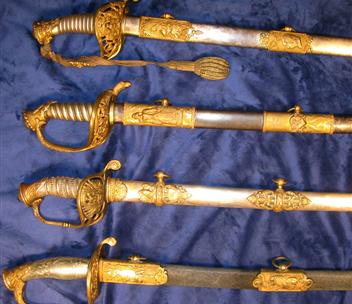