Twisted copper wire grip is a Widmann trait.  Although the regulations called for a rolled silver grip, Widmann did not appear to comply with them.

Widmann often made use of the squared boot.  Other makers used a rounded chape more commonly seen on the General Officer's Model 1832/1834 sword made by Ames. 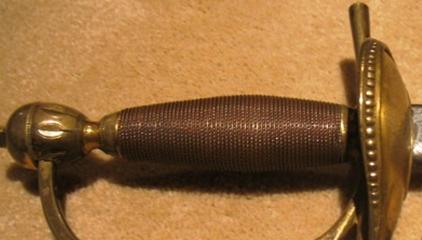 Although the Widmann name is not marked on the guard, scabbard, or blade (nor does it bear the initial "W" sometimes found on blades), we know that this sword is indeed a Widmann.  The signature lies in the common characteristics that evidence his work.  The use of twisted copper wire on the grip (which was not regulation), the use of vine patterns, peened tang over the capstan nut (not screwed), and squared scabbard boot are all Widmann features. 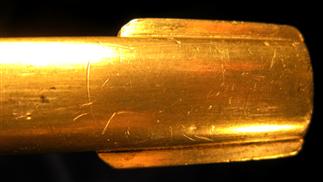 Typical Widmann use of vines, flowers, stars, and shield  design  as scabbard embellishment 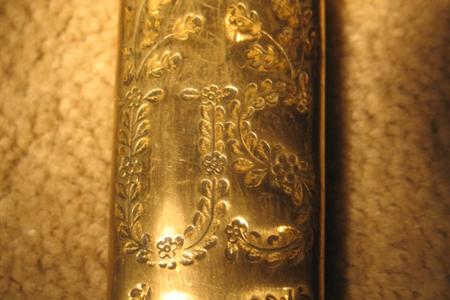