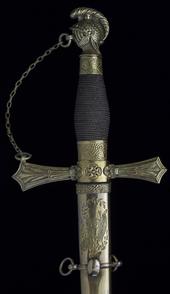 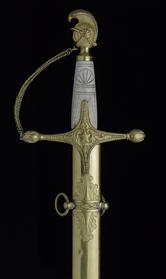 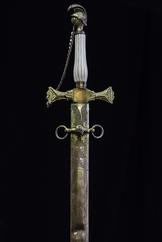 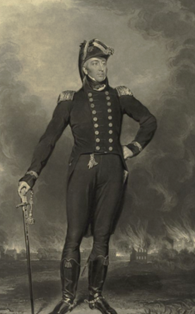 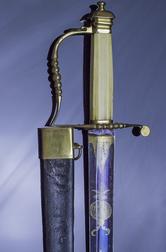 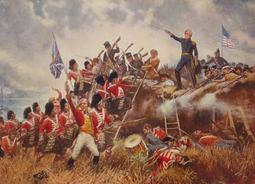 This sword is featured in Kevin Hoffman's e-book, Swords of Honor & Regulation 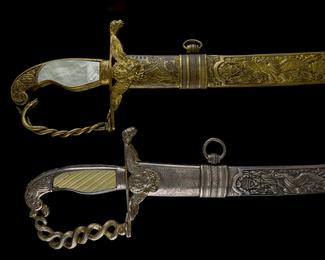 This section will be ever evolving.  The material to cover a century of history up to the Civil War is staggering.  One of the most glaring current shortcomings of this section, is the lack of coverage of Nathan Starr and other early American sword makers.  These will be added in time.  This is a new website.  My goal is to develop it into an extensive online reference site for American swords and other historical artifacts.  Please check back from time to time, as I will be adding to it.

The straight-bladed sword was brought into regulation in 1821.

This sword is featured in a full color plate in The American Eagle-Pommel Sword: The Early Years - 1794-1830 by E. Andrew Mowbray a Publication of Man at Arms Magazine.

The scabbard of this sword was used in John Thillman's book Civil War Army Swords: A Study of United States Army Swords from 1832 through 1865 published by Mowbray Publishers, 2008.

"The sword is the axis of the world and its power is absolute." 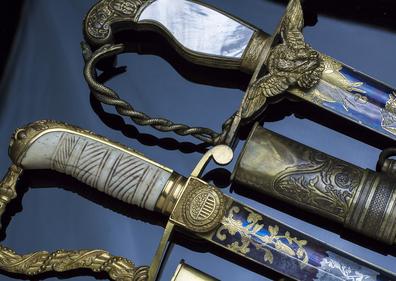 War of 1812: On January 14, 1815, the Battle of New Orleans was fought.  The battle took place two weeks after peace had been ratified in Europe; such was the speed of communication. 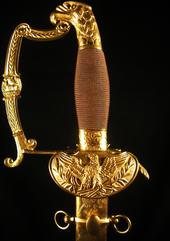 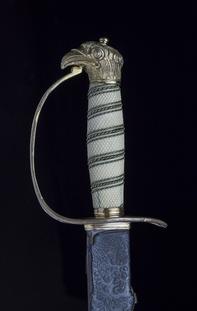 Maker: Unknown - Marked with a "G" (possibly Thomas Gill) on the ricasso.

This sword is featured in the color photos section of The American Eagle-Pommel Sword: The Early Years - 1793-1830

by E. Andrew Mowbray a Publication of Man at Arms Magazine and in Kevin Hoffman's E-Book Swords of Glory. 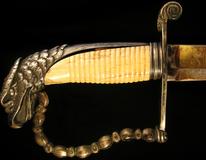 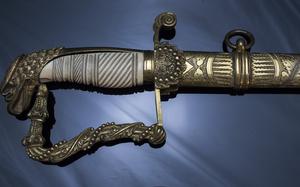 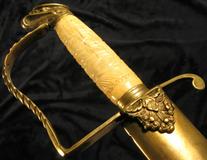 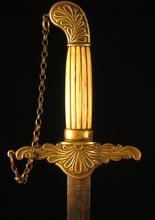 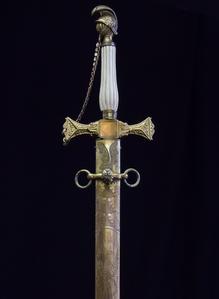 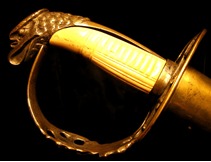 American Swords Used Prior To The U.S. Civil War