Silvered Grip with Lady Liberty and Gilded "US" Embellishment 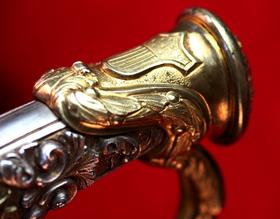 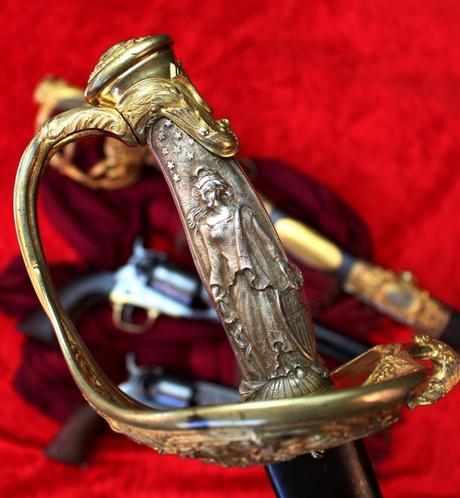 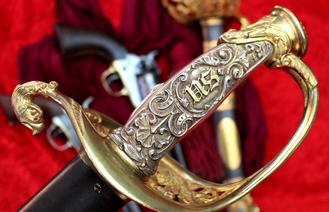 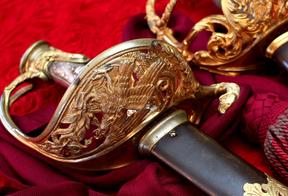 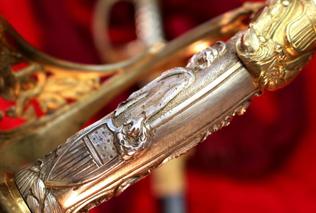 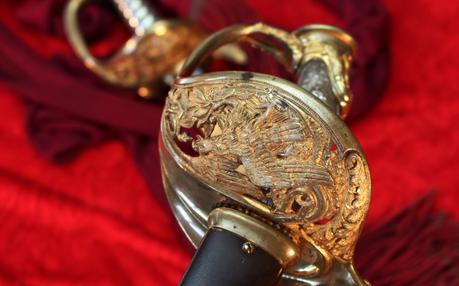 The memorandum indicates that Captain See was wounded by a gunshot to the left thumb and first finger.  His expected recovery time was 30 days.

Then Captain See's letter of resignation founded on medical reasons.  This letter is a copy from the National Archives. 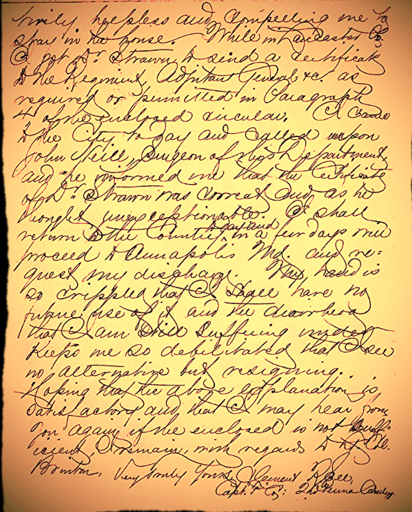 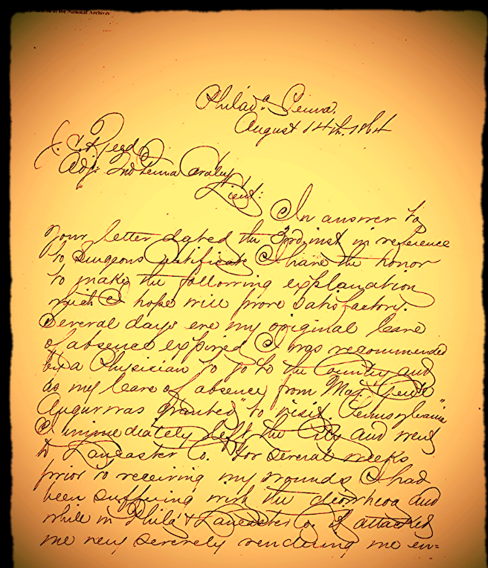 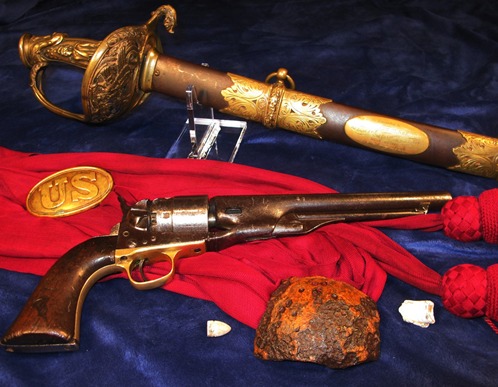 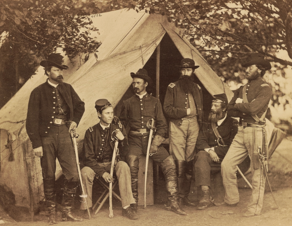 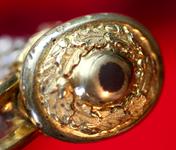 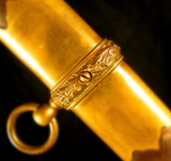 Adaptation of design between Branches

It is likely that this sword was converted from its original designation as a Staff & Field Officer's sword to the purpose of being presented to a cavalry officer.  We can see a brass ring in the pommel tang where the blade of the Staff & Field officer's blade was likely removed to accommodate a cavalry blade.  Note that the pommel end-cap decoration (the pommel is not one piece) conforms exactly to the design found on the center bands of the scabbard mounts.  An identical example of the guard and grip are described on pages 350-354 in John Thillman's (fantastic) book: Civil War Cavalry & Artillery Sabers, published by Andrew Mowbray Publishers, 2001. 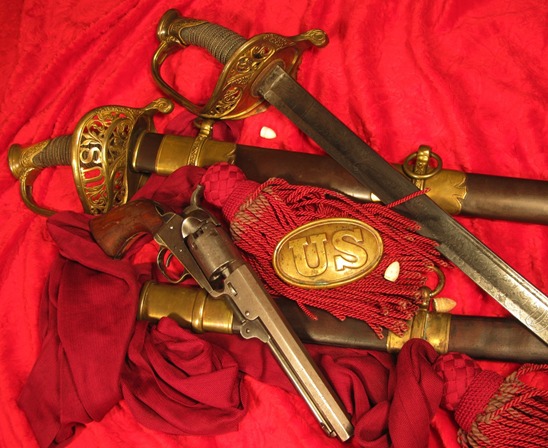 Fifteen months and one day to the year, then Captain Clement R. See, was wounded by a gun shot to the hand at the battle of St. Mary's Church.

(Above) This casualty sheet verifies Lieut. See being wounded near Hopewell Church.  The above affidavit also refers to Charles City.  The date of the casualty is June 24, 1864.  This action came to be known as the Battle of St. Mary's Church, AKA Nance's Shop.

(Above) In this affidavit copied from National Archives, a physician attests to Lieut. See's poor medical condition.  Not only did it appear that his wound was not healing properly, but apparently he was also suffering acute diarrhea.  Other documents from NARA, also indicate the bullet struck his hand smashing the left thumb and forefinger, and that he suffered from Diphtheria. 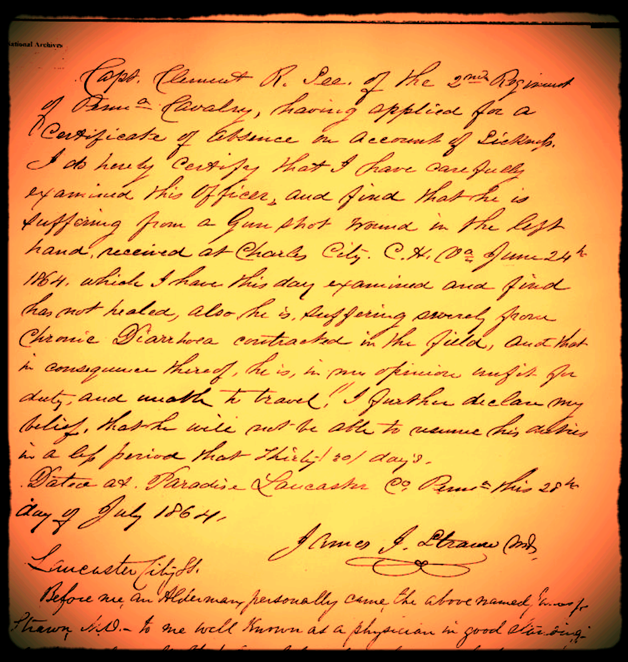 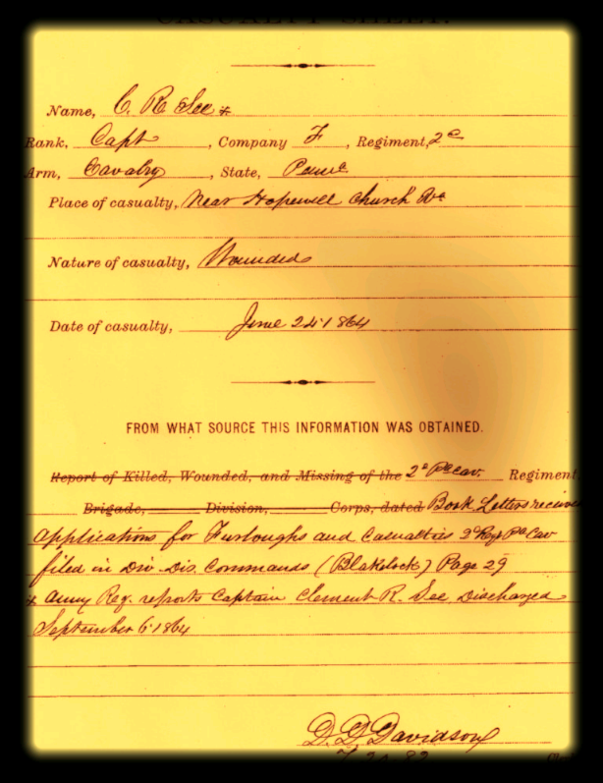