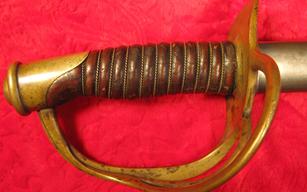 Note the even contour shape of the grip of the M1840, which is very different and quite recognizable apart from its M1860 successor.  The handsome shape of the M1840 has made it a popular sword amongst collectors.  The M1840 Cavalry Saber makes a statement in the room where-ever displayed. This sword has its original leather grip intact.  Note the twisted wire wrap is much closer together than on the M1860. 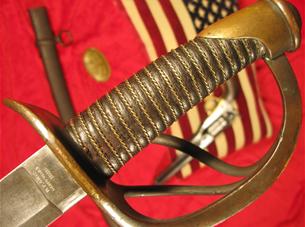 The model 1840 Cavalry sword (or "wristbreaker") was used during both the Mexican War and the Civil War.  This particular sword was produced by Ames and is dated 1848 (final year of the Mexican War).  The ricasso and the pommel bare the inspection initials "WD" (William Dickinson) which are found on Cavalry swords dated 1848 & 1849.  The initials J.W.R. (James W. Reilly) also appear on the pommel along with a third set, W.C.K..   Although mentioned in source books, the name of this particular inspector is unknown.  Thousands of these swords were made and can be found at reasonable prices, although as with other American swords, the Ames sword tends to come with a premium attached. 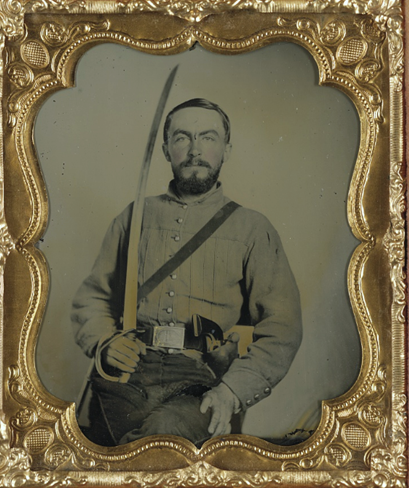 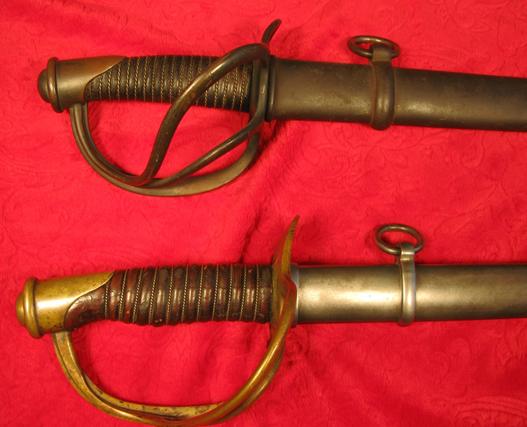 It is not uncommon to find the M1840 Cavalry Saber sharpened.  As with this one, evidence of period sharpening can be seen on the forward section of the blade towards the point.  Period sharpening was not made along the entire blade.  Some collectors find this detracts from the sword and lowers the value.  This is opinion.  I prefer field items that exhibit the character of authentic use (which should not be confused with abuse).

Note that the blade spine on the M1840 Cavalry Saber is flat.  The blade of the M1840 is also broader than its M1860 successor.  It was the weight of this sword that inspired its nickname: the "Wristbreaker."  The later M1860 Cavalry Saber and many infantry utilized a thinner blade with the goal of reducing weight.  The spine also tended to be rounded as opposed to the flat back of the M1840. 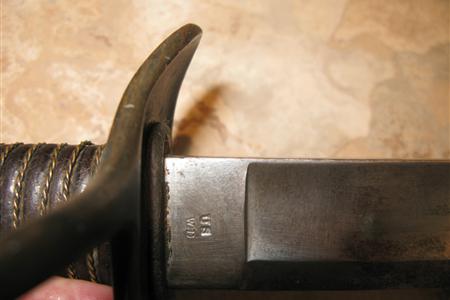 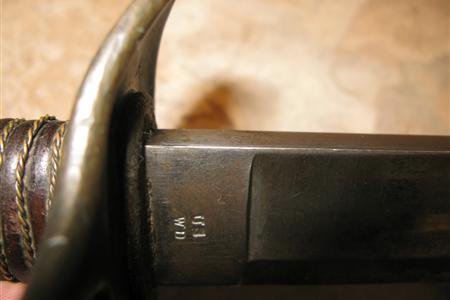 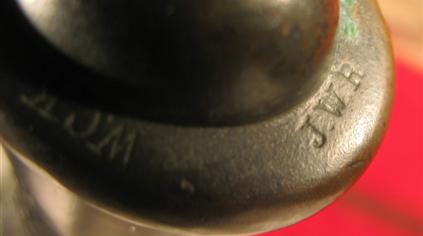 (Left) In this picture, I find it interesting to note the size of the saber in proportion to the cavalryman on the on the horse. 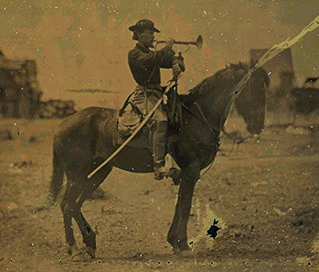 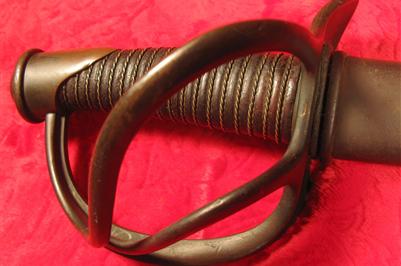 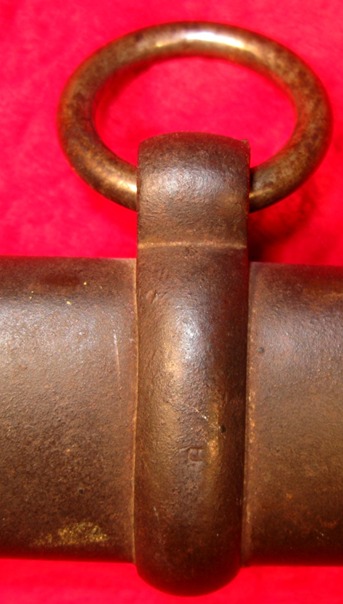 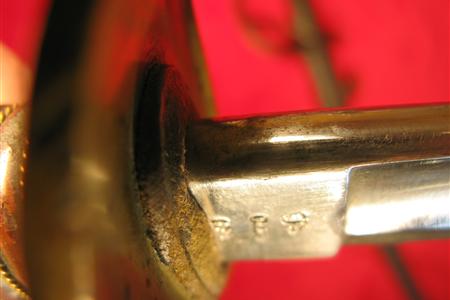 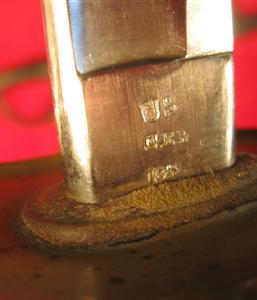