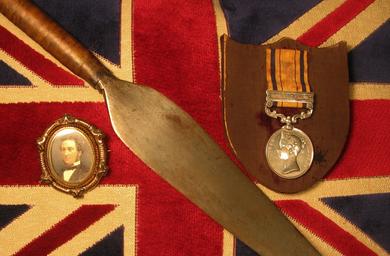 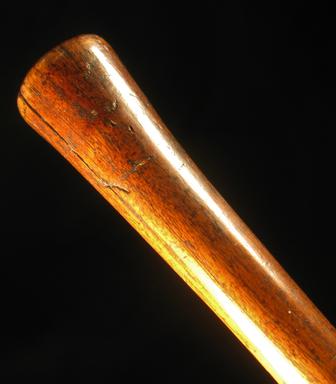 The Zulu War has gained notoriety over the years through film productions such as "Zulu" and "Zulu Dawn".  Also, through the production of hit television shows like "Shaka Zulu".  As a result, artifacts from this event have attracted many collectors and unfortunately many spears or "assegais" that are labeled as "Zulu", but are not.  Sadly many of them have never been to Zululand or touched by a Zulu hand.  I have included some pointers of what to look for on a genuine Zulu assegai. 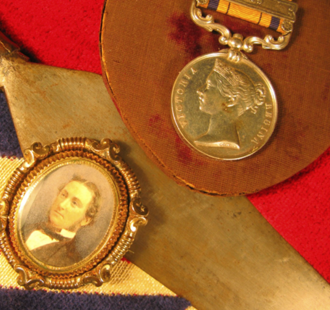 ​​Although not part of Swords of the U.S. focus "per se", I had to add this section in memory of my Great, Great Grandfather, Alexander Sinclair a private in the 17th Lancers.  Also, it is in recognition of those warriors who fought on both sides of the Zulu War conflict.  As a member of the Duke of Cambridge's Own 17th Lancers, (made famous in  "The Charge of Light Brigade") the participation of the "Death or Glory" boys in this war, was the final charge  in the Battle of Ulundi on July 4, 1879.  After this day, the mighty Zulu army would never to take the field again in any relevant form of organized confrontation.

On that fateful day, the the Zulu threw themselves on a well armed British square.  After weathering 30 minutes of withering fire, the attack faltered.  Seizing the moment, under the command of Lieutenant-Colonel Drury-Lowe, the 17th Lancers were released from the square.  They fell upon their  wavering foe in a torrent, riding them into oblivion.  Several of the Lancer's horses were made riderless at the Mbilane stream, but almost all made it back to camp.

As the guns fell silent and Ulundi burned, 97 British soldiers lay dead or wounded.  Zulu casualties are mostly estimated at around 1,500. 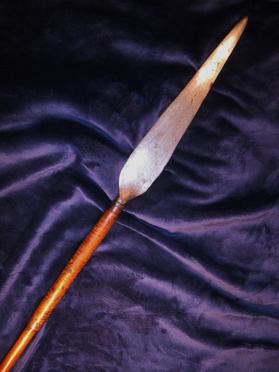 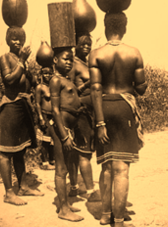 (Below)  The flared end of the shaft of the Zulu Assegai, is a signature of the Zulu stabbing spear (Assegai).  If the spear you are looking at does not have this, it is not an "Assegai".

(Below)  Calf Tale binding secures the "rats tale" tang of the blade and the wood.  This was achieved by turning the tail of a calf inside-out over the shaft.  The leather was then cured to shrink securely binding blade and shaft together.  Binding may also be found in reed; wire (copper/brass) also being used from the start of the 20th century.

(Below Inset) - Click to enlarge - This is a picture of a NON-Zulu spearhead.  Note how the iron is molded around the shaft as opposed to Zulu Rat Tail.  Many of these types of spears are erroneously sold as "Zulu".

(Below)  Hand forged steel blade with all of the character one would expect in a Zulu Assegai.

(Above)  Note the "shoulders" where the "rats tail" tang begins.  It is not unilaterally rounded. 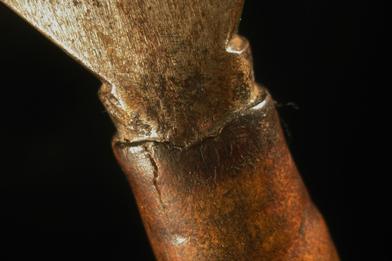 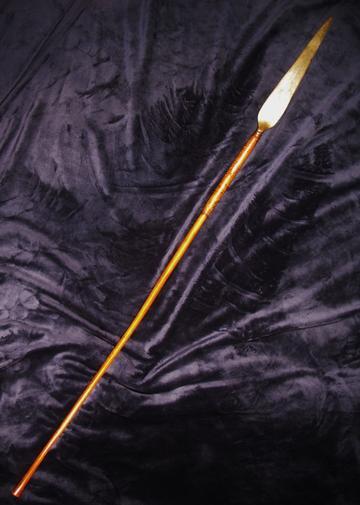 (Left)  The campaign medal issued to Alexander Sinclair.  NOTE -The bar with the date 1879.  Two versions of this medal were issued.  Those without bar, were  issued to soldiers present for the campaign, but did not pass over the Tugela River into Zululand.

The medal featured at left is with dated bar. These medals were issued to those soldiers who crossed the Tugela into the enemy's homeland territory of Zululand.

These were the men who were slaughtered at Isandlwana, who's courage was revered at Rorke's Drift, and who's bodies lie scattered through the Zululand veld far from their beloved England. 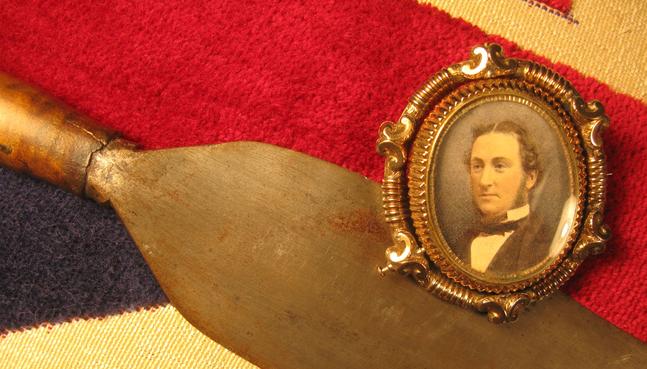 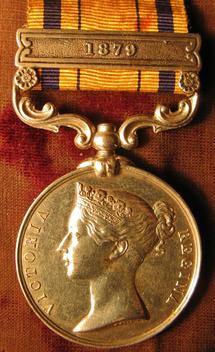 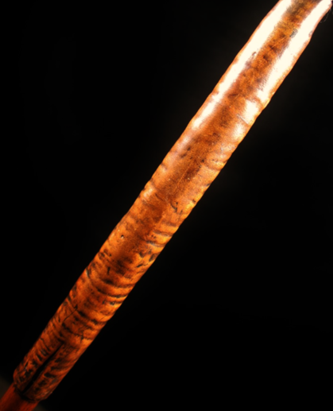 D.C.O.Lrs stands for Duke of Cambridge's Own Lancers

(Left)  Alexander Sinclair's, wife's brooch bearing his portrait along with his campaign medal.

Duke of Cambridge's Own 17th Lancers